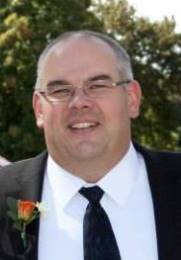 Find out about our beliefs on UMC.org.

Today we are here to celebrate the fiftieth anniversary of the Townline Methodist Episcopal Church. Before this church was built services were held in the Spicher Schoolhouse for several years. As far as I can remember Rev Armstrong was the first minister to come on the charge.

Then Rev. O.S. Paddock in 1886, it was under his ministering the church was started. It was built in the summer of 1887. The people donated the work for the walls and basement. Mr. Brewster took the contract for building the church for $22,000. Mr Burris Brotherton assisted with the carpenter work. I can’t say who done the plastering. Mr David Smith donated the oak logs for the seats. He also gave $100 dollars and went to Ohio and picked out the bell. Mr. Will Stedman painted the church and frosted the windows. The church was finished so it was dedicated in the fall. The day of the dedication the church was heavy in debt but with the help of Rev Paddocks there was money enough raised to clear the church of the debt. They started with $100 dollars pledge then down to $5 dollars. I remember the hearty cheer that was give when the debt was clear.

Of the church at the time the church was built there was about forty members. The following winter there was a big revival in the new church which lasted six weeks. I was along the first to make a start. We were baptized in School Section Lake the next summer and taken into church full membership the same evening.

Several years ago the church came very near burning three different times. Once from the chimney in the front is near the building; then again the stove pipe was on fire from the furnace. Then one time when gas leaked while lighting then the carpet caught fire. With the young peoples hard work the church was saved. So today we should be so thankful to have our church still here to celebrate its fiftieth anniversary.

There has not been many changes in the church since it was built. The most was this year when the new kitchen was built. It was finished so it was complete to be used today for the first time. The first wedding to take place in the church was four years ago when Gordon Dickerson and Myra Warren were married. The next marriage was Hollis Peabody and Reva Gooch which occurred two years ago.

The congregation of the Townline Methodist Church Sunday will celebrate the 75th anniversary of the church.

The Townline church was built in 1887 on land donated by a neighboring family named Hoffman. Residents of the area volunteered to construct the foundation and donate materials.

By the fall of 1887 the church was built - the construction cost was $2,200. Pledges from the congregation paid off the debt by the time the building was dedicated.

The building hasn’t changed much in its 75 years. There have been redorating projects over the years and modernizations, such as electricity and heating systems. In 1929 the steeple was considered a hazard and removed.

The congregation is now working toward raising $5,000 to build a basement with classroom facilities.

play an instrument or sing? join the guitar and bass players for a praise music rehearsal

all voices are welcome to sing in the choir!